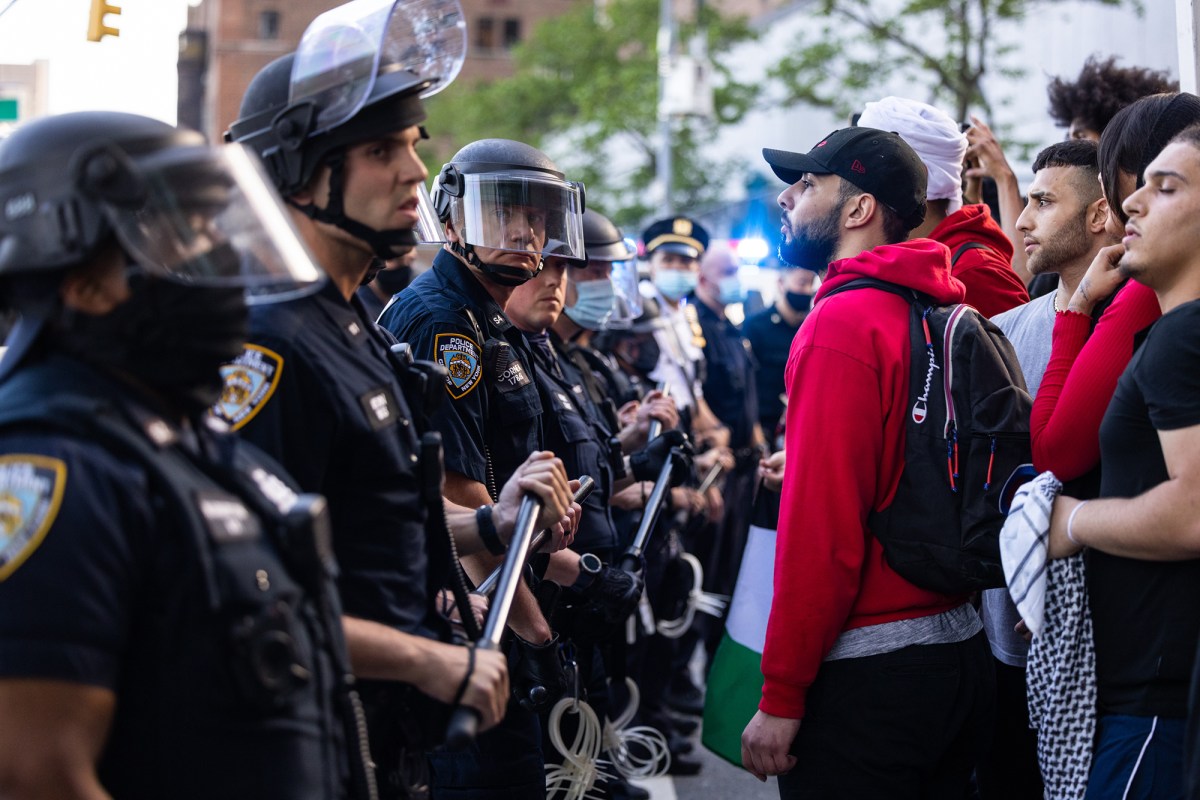 see also Firework hurled into crowd during wild Midtown protests Skirmishes between the groups of pro-Israelis and pro-Palestinians erupted in... Seeing everything and everywhere through the same racially tinged lens applied to American politics isn’t just intellectually dishonest and morally ruinous. It also puts real American Jews in real danger: If, after all, you believe that Tel Aviv is just another Ferguson or that dead Hamas terrorists are only so many more George Floyds, why not respond to Israel’s attempts at self-defense by taking a page from the BLM playbook? American Jews, the overwhelming majority of whom still support the Democrats, have a very serious reckoning coming. And as is so often the case when mobs are set loose and allowed to start fires, Jews are the first to suffer.