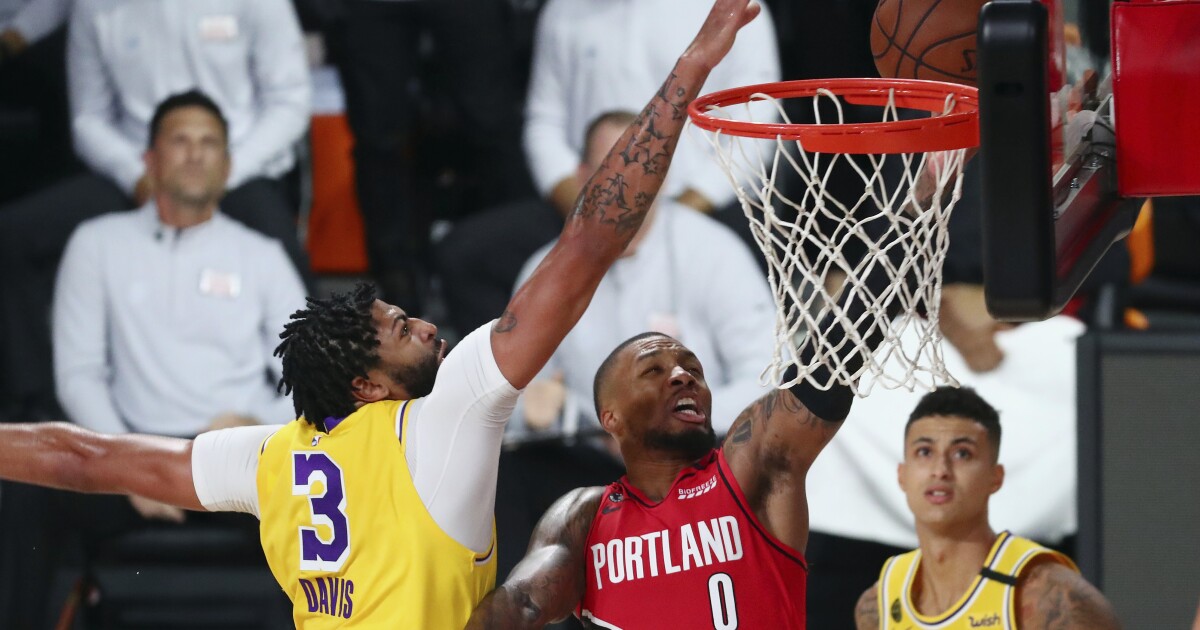 Portland isn’t a sports town — i t’s a Blazers town. In 2014, in his second season, Lillard led Portland from 11th-place in the West for the second straight year, to finishing fifth in the west and making the playoffs. In the first round against the Houston Rockets, Lillard gave Portland fans the greatest shot in franchise history. Despite never making an NBA Finals appearance, Lillard has given us passion, culture, a team identity, and character. No matter how it unfolds in the coming days, it will always be Dame Time in Portland.

Damian Lillard denies reports he's requested a trade, but says he's made it clear to the Trail Blazers he wants to compete for a title. What I can say is my intentions and my heart has always been set on being in a Trail Blazers uniform for my entire career," Lillard said after Team USA practice Friday at UNLV. And I want to win it all in a Trail Blazers uniform. Lillard has been having conversations about the Blazers' offseason plans with team governor Jody Allen and general manager Neil Olshey. Lillard said he expects to be in a Blazers uniform next season but also left himself a lot of wiggle room.