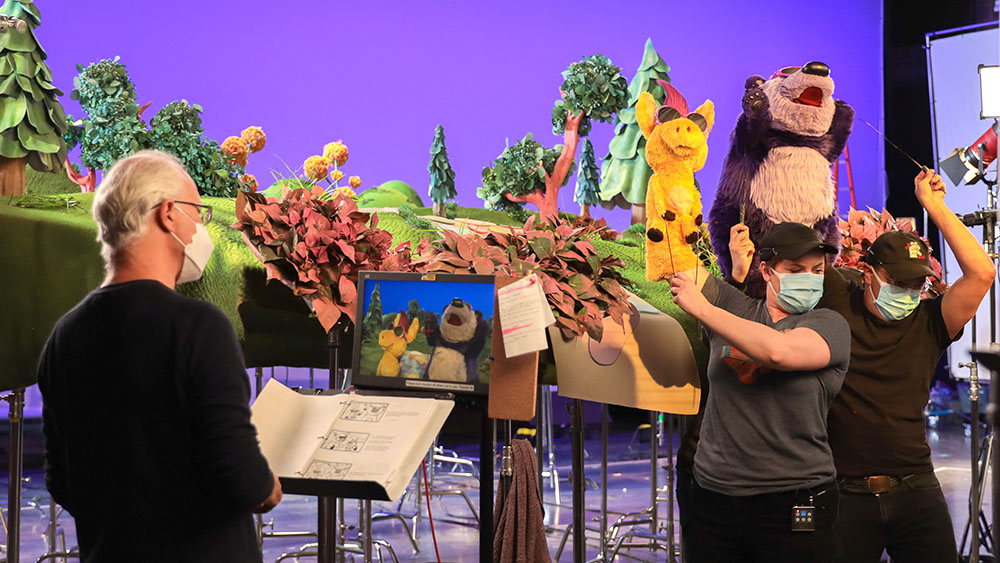 Other reimagined “Mister Rogers” characters also inhabit the magical land of Someplace Else (Purple Panda, Bob Dog and Harriet Elizabeth Cow) as do new ones (Duck Duck, Clyde the Cloud and Stanley, a giant dragon). Character designs of Donkey Hodie for PBS puppet series “Donkey Hodie.” Initial sketch drawn by David Rudman and the animated images (middle) created by Dave Pryor. Adds David Rudman, who directs and is the puppeteer for Grampy Hodie and other characters: “We kind of blur the line between puppetry and stop-motion animation in some ways. “There is a little bit of blue screen, green screen, a tiny bit of digital effects,” David Rudman says. Right now, there are two Donkey Hodie and two Duck Duck puppets, but for the rest of the regular puppets, there’s only one version.