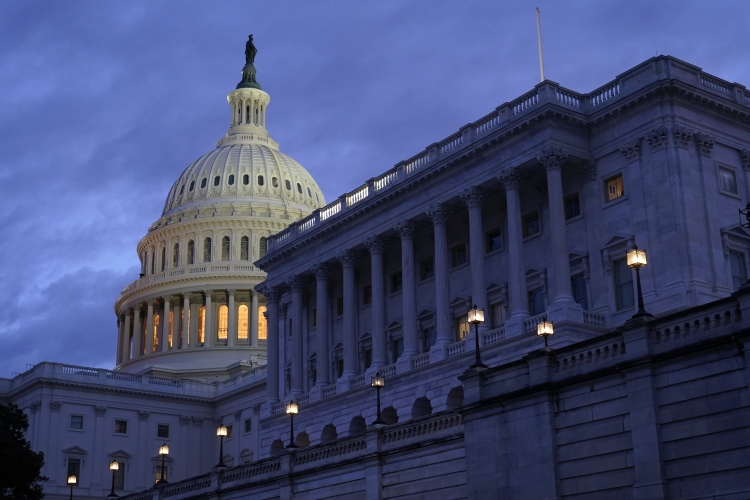 WASHINGTON (AP) — The committee charged with helping Republicans wrest control of the House in 2022 raised $45.4 million over the last three months, a record quarterly haul during a year without a national election. That total was bolstered by $20.1 million raised in June, the highest ever monthly off-year total, according to numbers shared with The Associated Press before a public filing deadline. Democrats hold a razor-thin majority in the House, but Republicans have history on their side: The party that occupies the White House typically sees large losses in both the House and the Senate. House Republican leader Kevin McCarthy has transferred $12.76 million to the NRCC’s coffers this year, while House Republican Whip Steve Scalise has sent $8.39 million. The Democratic fundraising totals also benefited from transfers from party leadership, though they were not as hefty as those from top Republicans.

REAL CLEAR POLITICS - Does the President’s Party Still Lose the Midterms if the Other Party’s Platform Is “Our Deadly Riot Was Good”?
-12.07% LESS objective
-5.48% LESS positive

AdvertisementAdvertisementAdvertisementSubscribe to the Slatest Newsletter A daily email update of the stories you need to read right now. That November, the Republican Party picked up eight seats in the House as a nation in a crisis (TM) rallied behind the sitting president. AdvertisementIn the first instance, the incumbent’s party benefited when the opposition pursued an unpopular vendetta against him. Nonetheless, the sole criterion on which Trump judges others in the party is whether they support his claims about such matters. Does it mean that Republicans absolutely can’t gain House seats?