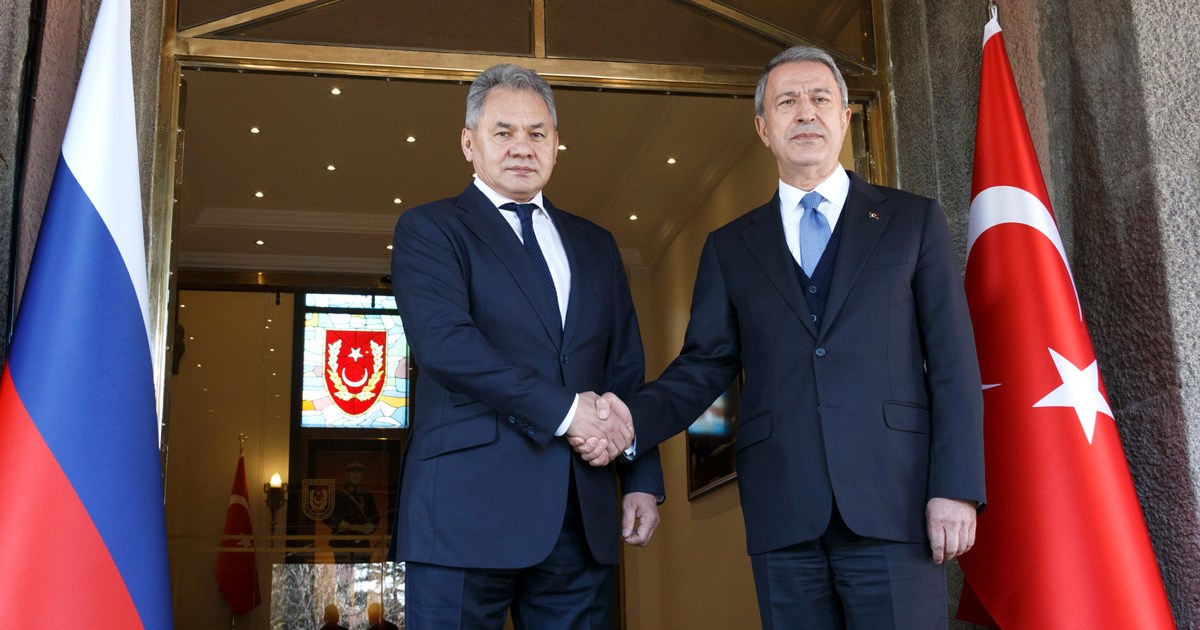 NATO member Turkey shares a sea border with both Russia and Ukraine in the Black Sea, and has been working to mediate between both sides in their war. Russia’s invasion of Ukraine in February halted Kyiv’s Black Sea grain exports, threatening a global food crisis, and has driven up world food prices to record levels. Russia has previously denied allegations that it has stolen Ukrainian grain. Ukraine also alleged last week that Russia was shipping stolen grain to Turkey out of Crimea, which it annexed in 2014. It also accused Russia of sending 100,000 tonnes of stolen Ukrainian wheat to Syria.

SKY - Ukraine war: How Putin's invasion is causing a worldwide food crisis - and what can be done
-25.88% LESS objective
6.8% MORE positive

Wheat prices have rocketed since the invasion of Ukraine on 24 February. In addition, the World Food Programme - which feeds some 125 million of the world's most needy - buys 50% of its grain from Ukraine. FertiliserBut the threat to worldwide food supplies does not just come from problems with Ukrainian and Russian wheat supplies. Food prices are adding to Sri Lankan's woes with inflation hitting 29.8% in April, as food prices expanded 46.6% year-on-year. In the last few days, reports have emerged that unrest has broken out in Iran, amid protests against rising food prices.

As the cost of food soars around the world, the United Nations warns that the war in Ukraine risks aggravating inflating prices and causing a full-on global food crisis. Al Jazeera: Why is there a global food crisis right now? The Ukraine war is the latest element in an extremely complex situation. Al Jazeera: So what you’re saying is that there’s no food shortage but there’s a food crisis? As a result of the Ukraine war, 19 countries in the last month put in place restrictive measures on food exports.

Scientists who study the Black Sea warn that dolphins are being killed in the Russia-Ukraine war. The Turkish Marine Research Foundation has said the war is causing a "crisis in biodiversity." "Barbarians kill not only civilized people but smart dolphins," Rusev wrote on Facebook. Before the war, 100 scientists from a Conservation group for the Black Sea, Mediterranean Sea, and contiguous Atlantic Sea surveyed marine life to determine the number of dolphins within these areas. Their study found that over 253,000 healthy dolphins lived in the Black Sea, the New York Times reports, with this being a sign of a well-functioning ecological system.