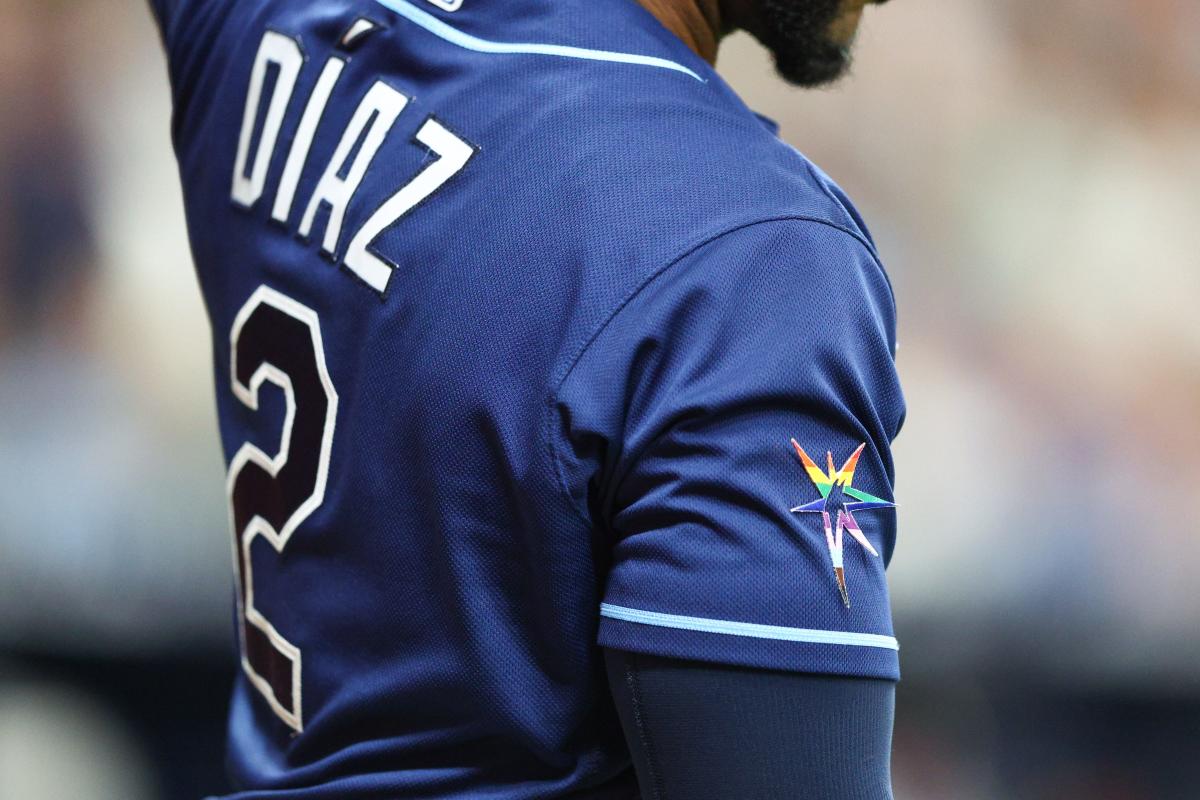 At Saturday's Pride Night game, the Tampa Bay Rays featured alternate logos on their uniform sleeves, along with a rainbow-logoed caps. The Tampa Bay Rays celebrated their 16th Pride Night celebration on Saturday at their game against the Chicago White Sox. Several Rays players, including pitchers Jason Adam, Jalen Beeks, Brooks Raley, Jeffrey Springs and Ryan Thompson declined to wear the special caps with a multicolored Tampa Bay logo, opting instead for their everyday ones. “A lot of it comes down to faith, to like a faith-based decision,” Adam said, according to the Tampa Bay Times. This article originally appeared on USA TODAY: Some Tampa Bay Rays players opt out of Pride Night uniforms

Even though Tom Brady's retirement lasted only 40 days, the Tampa Bay Buccaneers quarterback said it wasn't because the decision to return was easy. "At this stage, it's like 55% yes (to return) and 45% no," Brady said during the roundtable of his decision to come back. It's not that I'm not 100% committed, it's just as soon as I make the commitment to do it, it's like 'Ugh. We got right to free agency and I felt some pressure to do it and talked to the team and organization, and it all worked out." This article originally appeared on USA TODAY: Tom Brady felt 'pressure' to return to Buccaneers due to free agency

Five players on the Tampa Bay Rays roster opted not to wear a patch the team added to its uniforms intended to celebrate Pride month in Saturday's 3-2 loss to the Chicago White Sox. During the team's 16th annual Pride Night celebration Rays caps and uniforms had logos colored in the style of the modern LGBTQ+ pride flag, but not everyone in the clubhouse chose to participate. Adam was selected by the organization to speak on behalf of the players who opted out, and called it a "faith-based decision" and that the decision wasn't "judgmental," per the Times:"So it's a hard decision. Because ultimately we all said what we want is them to know that all are welcome and loved here. Manager Kevin Cash said the players' decision not to wear the pride caps and patches -- which the team described as something players could choose to opt-in to -- didn't create any division in the clubhouse.