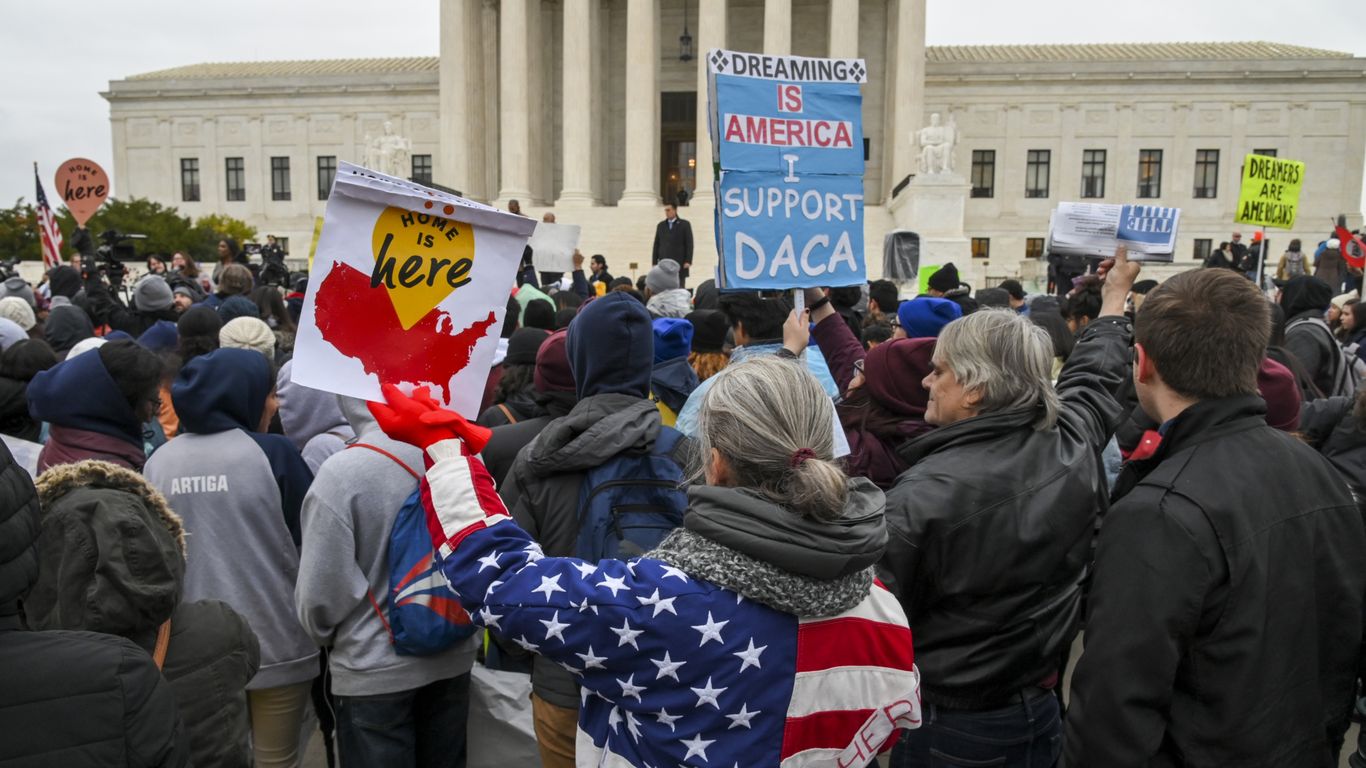 A federal judge ruled on Friday that President Barack Obama did not have the legal authority to create the Deferred Action for Childhood Arrivals (DACA) program, which offers protection from deportation for immigrants brought to the U.S. illegally as children. Why it matters: The U.S. District Court for the Southern District of Texas ordered the Biden administration to cease approving new DACA applications but specified that the decision would not affect current recipients for now. This order developed out of a challenge to the program filed by the attorneys general for nine Republican-led states, including Texas, who argued that DACA was improperly adopted and financially burdened them by making them pay for DACA recipients' education and health care. What they're saying: U.S. District Judge Andrew Hanen held that the creation of the program violated the Administrative Procedure Act, which governs how federal agencies develop and issue regulations. What's next: The case is likely to be appealed to the U.S. 5th Circuit Court of Appeals.

A federal judge in Texas on Friday ordered the Biden administration to halt a program that shields undocumented immigrants brought to the United States as children from deportation. Then in December, a federal judge ordered the Trump administration to begin accepting new applications for DACA, fully restoring the Obama-era program. The program not only protected undocumented immigrants from deportation, but also gave them permission to work. Hanen didn't issue an order on current DACA recipients, pending a further order from the court or expected appeals. "Today makes absolutely clear: only a permanent legislative solution passed by Congress will eliminate the fear and uncertainty that DACA recipients have been forced to live with for years."

A federal judge in Texas ruled Friday that the Deferred Action for Childhood Arrivals, or DACA, program was unlawful in a significant blow to the Obama-era approach that shielded young people brought to the country illegally from deportation. U.S. District Court Judge Andrew Hanen sided with a group of nine states led by Texas and concluded that the creation of the DACA program violated federal administrative law. Hanen emphasized in his decision that his ruling does not compel immigration authorities to arrest and deport recipients, but it does make them eligible. The DACA program has maintained bipartisan political support even as Republican-led states have moved to end it. The ruling also ramps up pressure on Biden to achieve a legislative victory for DACA recipients, possibly through the reconciliation process.