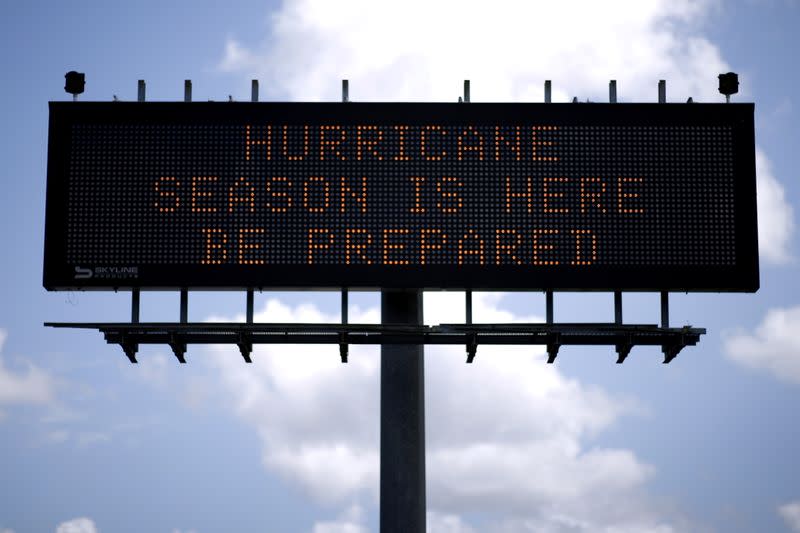 WEATHER - Hurricane Season Could Start Early for 7th Year in a Row With the Potential Formation of Subtropical Storm Near Bermuda
-17.53% LESS objective
8.91% MORE positive

Atlantic hurricane season could be off to an early start for the seventh straight year with the potential formation of a subtropical storm near Bermuda. First up on the 2021 hurricane season named storm list is Ana, followed by Bill. This subtropical storm is forecast to be short-lived as it pinwheels west and then southwest in the general direction of Bermuda. Tropical Storm Arlene developed even earlier than Alberto and, in 2017, became only the second April Atlantic tropical storm of record. But that was preceded by eastern Atlantic Hurricane Alex, only the second known January Atlantic hurricane.

The Canadian Hurricane Centre is forecasting an active hurricane season for 2021 on the heels of the most active hurricane season on record last year. Robichaud said NOAA is predicting between 13 and 20 named storms in 2021. He said typically about 34 per cent of named storms, or four on average, find their way into Canadian waters. The World Meteorological Organization has already issued the list of hurricane names for 2021 from a list that is rotated every six years. There have been 19 named storms in May since 1950, according to Philip Klotzbach, who leads Atlantic hurricane season forecasting at Colorado State University.

The 2021 tropical storm and hurricane season – which doesn't officially begin until June 1 – appears to be jumping the gun yet again. © National Hurricane Center Two separate storms could form over the next day or so in the Atlantic Ocean (in red) and in the Gulf of Mexico (in orange), the National Hurricane Center said. It's not expected to approach the hyperactive season of last year, however, when 30 named storms formed, including 14 hurricanes. There’s a 60% chance that this hurricane season will be busier than normal and only a 10% chance it will be below normal, NOAA said. About half the years in the last decade have had named storms before the June 1 start of hurricane season.