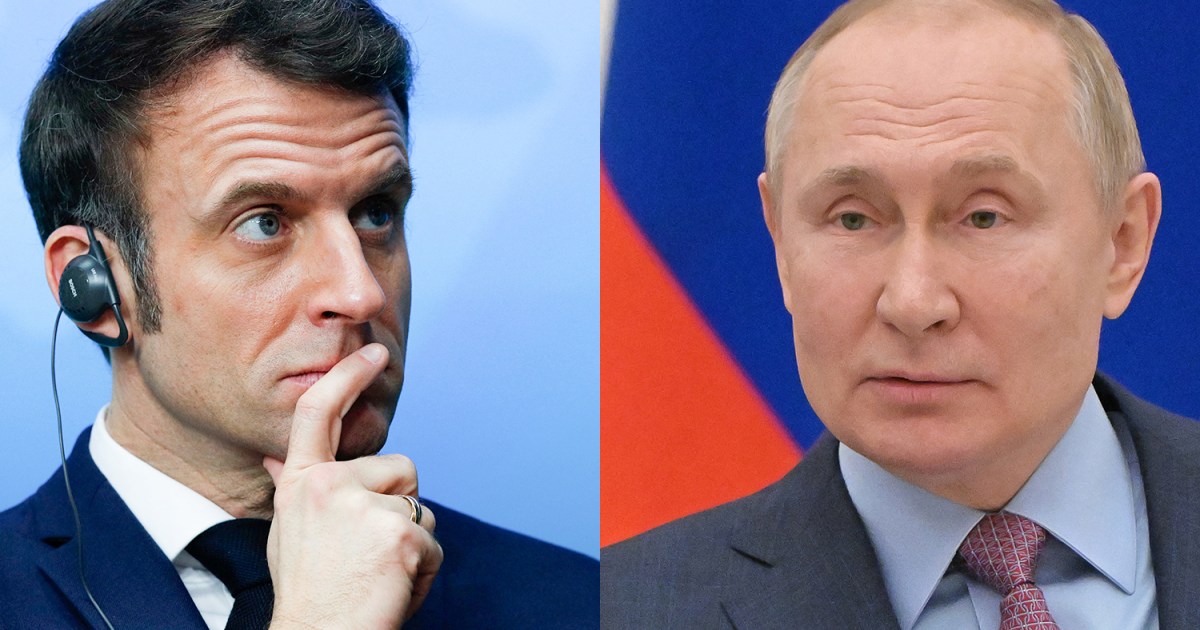 Putin, meanwhile, said global inflation stemmed from the unprecedented dollar ‘printing press’ during the pandemic and blamed short-sighted European policies. Russia’s President Vladimir Putin committed a “historic and fundamental error” by invading Ukraine and Russia is now “isolated”, according to France’s leader. “I told him [Putin ] that he made a historic and fundamental error for his people, for himself and for history,” said Macron. Putin accused the West of “bluster” by claiming Moscow was preventing grain exports from Ukraine. But it continues to blame Ukraine and the West for the resulting halt in Ukrainian grain exports.

No other actor, and no other act, could have so effectively galvanized the West. Realists have blamed the West for Putin’s aggression, arguing that NATO expansion encroached on what Russia rightly regards as its own sphere of influence. Let us recognize that there is a West and that there is a (not entirely Western) liberal order worth defending. The United States and major European powers will have to supply that entity with diplomatic, economic, and military support. The center of crisis will then shift from Ukraine to the Baltic states as well as to Poland and the other nations that will constitute the new border of the West.

MEDIUM - Ukraine’s resistance is a reminder of the power of democracy
-16.31% LESS objective
0.18% MORE positive

Ukraine’s resistance is a reminder of the power of democracyMany in the West are surprised by the ferocity of Ukraine’s resistance to the war unleashed by Vladimir Putin. The new era was to be defined by democracy — not nationalism, Ukrainian or any other. The man who has come to symbolize Ukrainian resistance, Jewish President Volodymyr Zelenskyy, is himself a Russian speaker. Ukraine is a somewhat flawed democracy in which the oligarchs have too much power, but Yanukovych had been duly elected (before being overthrown). But at the core, Ukraine seems inclined toward democracy in a way that Russia is sadly not.

Dmitry Medvedev, ex-president of Russia, in a Telegram post on Tuesday said he would do anything to make Russia's enemies "disappear." They want death for us, for Russia," Medvedev said. President Joe Biden has accused Russia of committing genocide in Ukraine, which Putin has falsely suggested is not a real country — questioning its right to exist. But Medvedev, who was also Russia's prime minister from 2012 to 2020, ultimately served to help place Putin on the path to becoming president for life. "Deep Ukrainianism, fueled by anti-Russian poison and an all-consuming lie about its identity, is one big fake," Medvedev said in a Telegram post in April.